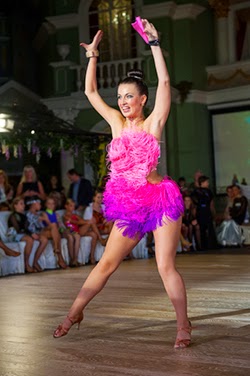 Dance has a universal language and learning a new dance is always fun and interesting. Meeting people who share the same passion is an added attraction. Though the Merengue is a fast paced, gyrating dance, learning it in a disciplined, choreographed way will help you master this dance.
Posted by Admin at 21:59 No comments: